Novel tuberculosis transport protein could be target of new treatments

Cryogenic electron microscopy revealed that the vitamin B12 transporter on Mycobacterium tuberculosis acts like a non-selective sluice, transporting both the vitamin and antibiotics. 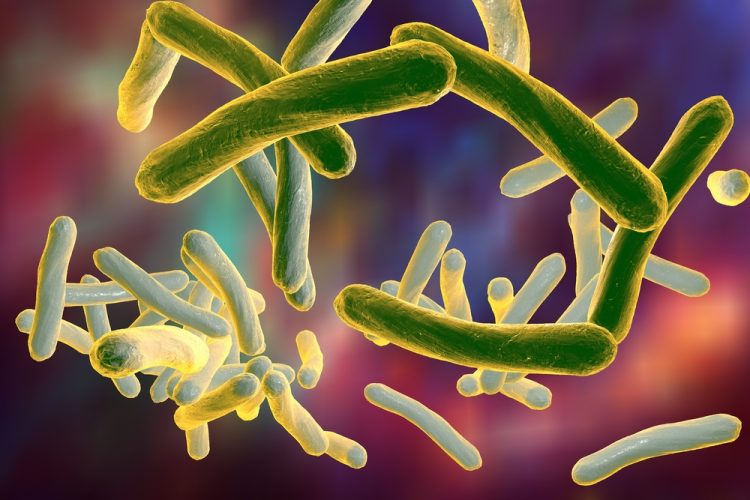 Researchers have identified a novel Mycobacterium tuberculosistransport protein which the pathogen uses to import vitamin B12 and water. This transporter is unique as it is seemingly completely unspecific, transporting both the water and anything in it, including antibiotics. It also contains a huge water-filled cavity, in which hydrophilic substances are transported across the cell membrane.

The discovery was made using cryogenic electron microscopy (cryo-EM) and was published in Nature.

Prior research has indicated that vitamin B12 importation is vital for successful tuberculosis cell division. This transport occurs through a protein belonging to the family of ATP-binding cassette (ABC) transporters. Interestingly, the vitamin B12 transporter is also implicated in the transport of antimicrobial peptides such as bleomycin. “And it is very odd to have a single transporter for two very different types of molecules,” said Dirk Slotboom, Professor of Biochemistry at the University of Groningen, Netherlands. 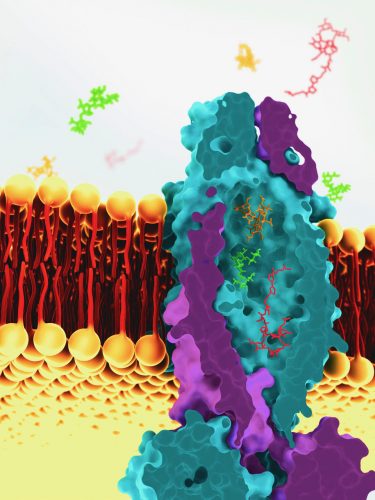 This is a reconstruction of the vitamin B12 transporter from Mycobacterium tuberculosis, based on cryo-EM images. The transport molecule sits across the cell membrane of tuberculosis bacteria and helps to ferry molecules into the cell [credit: Greg Stewart/SLAC National Accelerator Laboratory].

Slotboom and colleagues set out to resolve the protein structure of the transporter. “This was a long process but we finally cracked it using cryo-electron microscopy,” said Slotboom. The team used the SLAC National Accelerator Laboratory, US, for the cryo-EM and revealed that the transporter has a water-filled cavity that spans the entire cell membrane, measuring 7,700 Angstrom3. According to Slotboom, the cavity is “as big as seven vitamin B12 molecules”.

He explained that the cavity appears to act like a ‘sluice’, transporting water with whatever substances might be in it. Continuing that this non-selectivity accounts for why it can allow both antibiotic peptides and vitamin B12 into the cells, but that this property would make it less efficient.

Enhancing the efficacy of antibiotics

While the non-selective transport system is totally different from known transporters, Slotboom suggests it is very likely other bacterial species and humans may have a similar system.

He suggested that the discovery could offer a new perspective on treating tuberculosis: “If we could stimulate the activity of this transporter, it might import antibiotics more efficiently, making it easier to kill these cells. We realise, though, that this may not be straightforward, as the bacterium uses effective strategies to keep antibiotics out.”

Slotboom and colleagues now intend to confirm how the transporter functions: “We expect that inside the cell, the sluice is emptied by binding and hydrolysing ATP. But we do not know how it opens on the outside, to let new molecules in.”