Portable Mass Spectrometer for Peptides Becomes a Reality with Nanopores

Researchers of the University of Groningen have created nanopores that can be used to directly quantify the mass of peptides. Although the resolution has to be upgraded, this proof of concept reveals that an inexpensive and portable peptide mass spectrometer can be built using present-day nanopore technology and the patented pores that were created in the lab of Giovanni Maglia, UG Associate Professor of Chemical Biology. An article detailing this discovery can be found in the February 19th issue of Nature Communications. 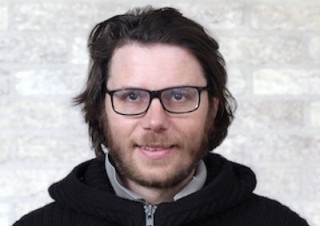 Mass spectrometers are instrumental for investigating proteins, but they are bulky as well as expensive, which confines their use to specialized labs. “Yet, the next revolution in biomedical studies will be in proteomics, the large-scale analysis of proteins that are expressed in different cell types”, says Maglia. Though each cell in the body holds the same DNA, the production of proteins varies vastly between cell types. “And also, proteins are modified after they have been produced, for example by adding sugars that can affect their function.”

Nanopore technology could deliver a means to examine single molecules. In an earlier work, Maglia already demonstrated that biological nanopores can be used to quantify metabolites and to identify peptides and proteins. These pores are large protein structures, integrated into a membrane. Molecules entering a pore or passing via it can cause a modification in an electric current across the pore. “A problem in measuring the mass of peptides is that they pass too quickly through even the smallest biological pore to get a reading”, explains Maglia.

Creating smaller pores was tough. “Pores are made up from a number of monomers, so we initially modified the interaction between these monomers, but that didn’t work.” The observation that blending monomers with larger quantities of lipids—which make up the membrane—led to a larger percentage of smaller pores, gave Maglia and his team the clue to change the interaction between lipids and monomers. This, without a doubt, resulted in pores composed from a smaller number of monomers, which decreased pore size.

Maglia was then able to create funnel-shaped pores which, at their narrow end, just measured 0.84 nm. “These are the smallest biological pores ever produced.” The subsequent challenge was to guarantee that peptides would travel through the pores, regardless of their chemical composition. “The pores have a negative charge, which is necessary for their proper function”,explains Maglia.

The charge causes water to pass via the pore, pulling the peptides along. But negatively charged peptides would be kept at bay by the negative charge at the thin funnel end. Maglia altered the charge by changing the acidity of the fluids used.

Measurements spanning nanopores of various sizes reveal that the electric current is linear with the volume of the peptide traveling through. These peptides extended from 4 to 22 amino acids in length. The variance between the amino acids alanine and glutamate could be calculated in this system, which meant the resolution is about 40 Dalton (a measure for protein mass). “The resolution of conventional mass spectrometers is much better, but if we could get the system about forty times more sensitive, it would already be useful in proteomics research”, says Maglia. There are several ways to enhance the resolution, says Maglia. “We could engineer the nanopore with artificial amino acids, or use different ions in our solutions, reduce the noise by changing the temperature etcetera.”

The nanopore system has numerous exclusive selling points: the technology is already available in the market, it measures single molecules, and it is comparatively cheap. Moreover, the nanopore system is portable. Plus, by using a number of different pores in a device, users can concurrently measure differently-sized peptides and even peptide variations.