Actin filaments have several important functions inside cells. For one, they support the cell membrane by binding to it. However, scientists did not know exactly how the actin interacts with the membrane lipids. Simulations performed at the University of Groningen, supported by experiments, provide a molecular view on this very fundamental process. The results were published in the journal Proceedings of the National Academy of Sciences on 2 March.

Actin fibres are involved in many important processes in eukaryotic cells, from motility to division to the contraction of muscle fibres. Actin can also form a network underneath the lipid bilayer. Here, it provides additional support for this structure, while curved filaments also play a role in cell division, when the membrane needs to constrict. Despite its importance, the molecular processes underlying the binding of actin to cell membranes is still not clear. 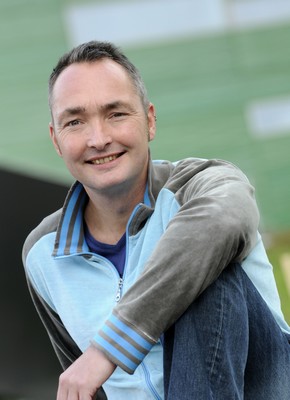 ‘The literature provides conflicting results,’ says University of Groningen Professor of Molecular Dynamics Siewert-Jan Marrink. ‘All agree that actin, which is negatively charged, could bind to positively charged lipids and some say that they can even bind to membranes with no positive or even a negative charge.’ The latter is relevant for the biological situation as normal cell membranes carry a negative charge on the inside.

Marrink and his colleagues therefore performed molecular dynamics simulations of the interaction between lipids and actin. They used the Martini coarse-grained forcefield, which was developed by Marrink and is now used worldwide.

By varying the components in the simulation, the scientists discovered that the ions that are present define the binding process. Marrink: ‘Actin could only bind to negatively charged lipids in the presence of calcium ions. The two positive charges of calcium act as a kind of molecular glue.’ In contrast, in the presence of positively charged lipids, calcium ions inhibited the binding of actin. The results of this simulation were confirmed by experiments performed in Professor Gijsje Koenderink’s lab at Delft University of Technology.

‘The concentrations of calcium that were required in the simulations are higher than you would find inside cells,’ says Marrink. ‘However, calcium ions tend to bind to membrane lipids, so the local concentration could be high enough.’

The results provide the first clear picture of actin binding to membrane lipids. ‘We want to use this in a national effort to build an artificial cell,’ Marrink explains. The Dutch BaSyC (Building a Synthetic Cell) project involves many different steps and one of them is constructing membranes. ‘These need to be reinforced with actin, so we have to understand how to control the interaction between the filaments and the lipid membrane. And we need to guide division of the artificial cell, where actin is needed for constriction.’